Why change communications are often designed to fail 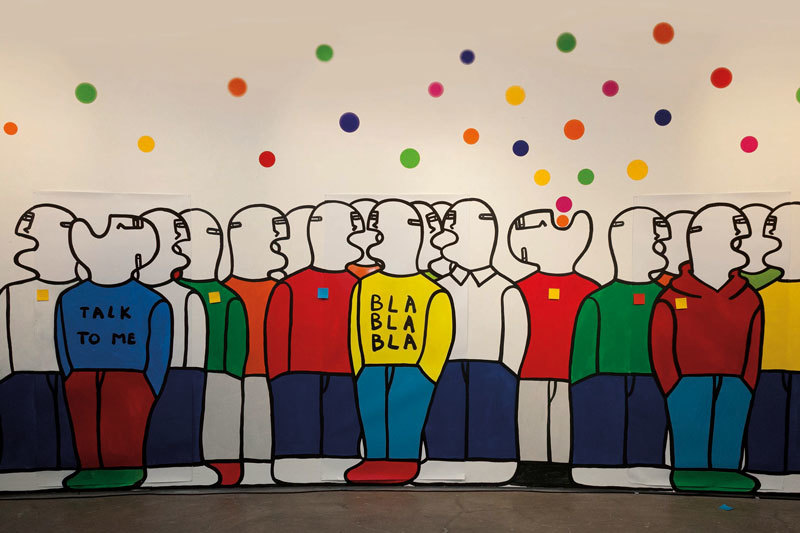 So how would initiative change communication be designed to fail?

To understand this we need to analyse elements of what constitutes standard practice in corporate internal communications, of which change communication must adhere to in practice.

2. Impersonal corporate speak.  Typical corporate communications use a voice that is business and commercially focused.  One that is mostly formal.  This again may depend on how the communication is crafted, but often any emails or statements from leaders are often crafted in a way that is impersonal and void of personality.

I hear you nod.  So what is wrong with these practices if they have been the norm for decades and is adopted as common practice by most organisations?

OK let’s go through these one by one.

Driving traction and motivation for change requires establishing ‘the why’.  Why are we doing this?  And what is wrong with the current status?  What do we have to gain by changing?

One of the most important motives of communication at the commencement of a change initiative is to engage the organisation on the vision or end state of the change.  To do this effectively communications need to grab the attention of stakeholders and impart the rationale of the change.  In most situations, the change is not all rosey.  It needs to balance addressing the burning platform for change, what happens if change does not happen, and on top of this, outline the positive aspects of the change outcome.

Achieving this balance is not always easy in crafting messages.  However, ignoring any potentially ‘negative’ tone in favour of positive or neutral ones would only be perceived by the audience as ‘fake’.  Being candid is always preferable (as long as it doesn’t become overly negative and freak people out at the other extreme).

Perhaps this is why employees often read the communications and then ask their team members or managers about how to interpret the message and what it ‘really means’ to them?  Versus absorbing what they read as bible?

The corporate-style of communications is so pervasive in organisations that it is basically accepted as the norm. However, if you really ask your audience about this type of communication you will find that the tone is one of a level of pretense that it is not always easy for employees to relate to.

Especially with leader or manager communications, the content needs to match the person.  Think of the last time you listened to a manager who was talking about a change, but it came across so contrived that you know he/she was just delivering a message passed down from above.  It was not genuine or believable.  The message and tone of the communication need to match the person saying it, with all the personality and nuances that come with him/her.

On the other hand, the new economy startups and new tech organisations tend to communicate in more of a casual and relatable voice.  Even if you look at any email subscriptions that you might have, you will notice that what is emerging is more of a casual and personal tone.

Organisations are now evolving to be less hierarchical, less formal and more personal.  We also tend to wear less suits, have less hierarchy, and be less formal in addressing senior managers.  What about the way we craft communications messages in changes?  Have these evolved accordingly?  Or are they still done in the same way as 20 years ago?

Focus on reason over feelings or emotions.

This is a big one.  We know from research that people are much more likely to buy into the change if they can emotionally relate to the rationale for the change.  We also know that leaders who are more candid and share their emotions including vulnerabilities with teams are more likely to gain their trust and engagement.  Of course, we are not talking about emotional outbursts, but instead, ongoing open and candid conversations about their perspectives, i.e. speaking from the heart.

Gaining the trust and commitment for those impacted by the change requires appealing not just to the head but to the heart.

When I was at Intel many years ago, there was a time when rival AMD was slowly gaining momentum in market share in the computer chipset market.  Leaders started very candidly and group-wide discussions about what this meant, the risks to the company, and really appealed to what this meant for Intel.  For the longest time, Intel was the unbeatable market leader.  Even the thought of being challenged by a smaller player was too much to bear.

The overall rally across Intel was how might each team contribute in different ways to come up with ways to challenge AMD.  How might Intel continue to take the reign and be the global leader?  This emotive goal drove various teams across functions.  Technical teams challenged themselves to speed up their pipeline of delivering faster and better chipsets.  Marketing teams worked on strategies to target key accounts.  This led to huge success and in less than 2 years Intel had at the time squeezed AMD out of the limelight.

So, the challenge for change practitioners is to really question the effectiveness of your current change communication.  Look at the communication that you get from new and emerging companies as a reference.  How might you better engage and grab the heart of your audience?

John Kotter in his new book ‘Change. How Organizations Achieve Hard-to-Imagine Results in Uncertain and Volatile Times’ mentioned that in the ‘modern organisation’ a lot of the practices are really designed for many decades ago.  These practices have not moved with the times and to be truly agile many of these practices need to be questioned.  It’s time to take the challenge and pivot. 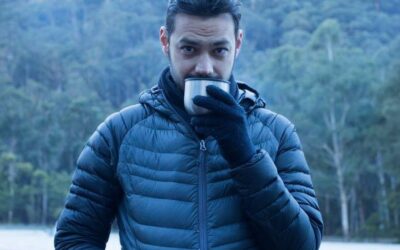 In this Change Practitioner Q&A Series we interview change practitioners to find out more about how they approach their work. A bit about Alvaro … Alvaro is a change and program management professional, with experience in diverse industries, from Energy &... 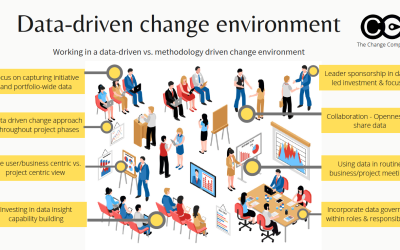 Data is king. This is especially in current times of uncertainty. With data comes power, influence and outcomes. Lots of disciplines have leveraged the power of data to drive better outcomes. Marketers would not dream of doing any part of their job without data.... 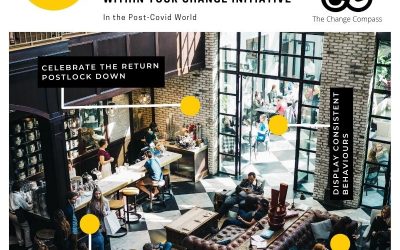 The one approach every initiative should incorporate post-Covid